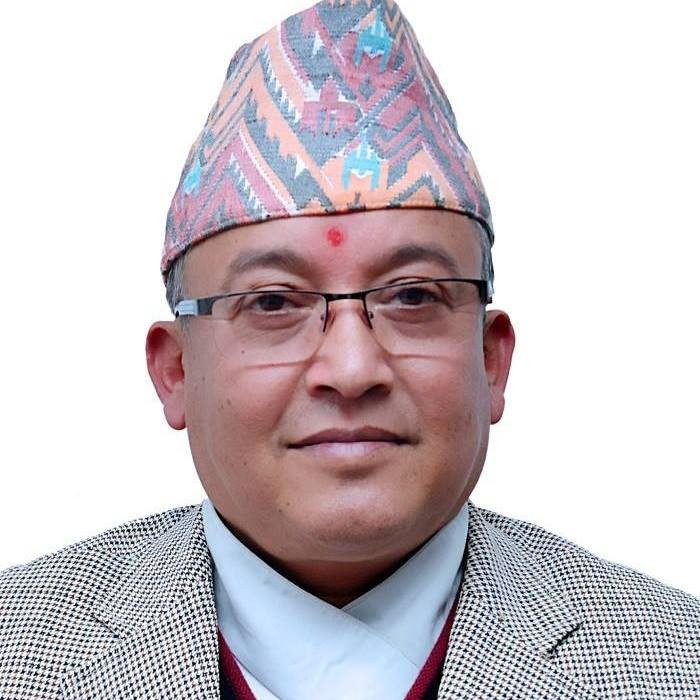 Mr. Thapaliya is a chief election commissioner by profession and has brought with him a vast knowledge and experience from various agencies and regions in Nepal. Prior to acceptingChief election commissioner, he was involved as a Secretary of the Ministry of Federal Affairs and General Administration. Where, he has been instrumental in shaping federal affair at local, province and national level.

In course of working with Ministry of Federal Affairs and General Administration,He has played an important role within the Ministry, and was involved intensively in the structural re-adjustment of the local level, institutional development of the provincial and local levels, human resource management, and drafting laws on the civil service adjustment.

The Chief Election Commissioner entered the civil services in 2047 B.S. (1990/91 A.D.) Before that, he was working as a sub-overseer and overseer in Sankhuwasabha, Manang and Rasuwa districts from 2040 B.S. (1983/84 A.D.) onward. Professionally, he  has been in the government service for approximately 35 years now,  During involvement with  government service, he has assumed the responsibility of the Executive Officer in Kathmandu and Biratnagar Metropolitan City and the Local Development Officer (LDO) in Ilam and Chitwan districts. While in the Ministry, he has had experience of heading various departments as well as heading the Planning and Foreign Aid Coordination Division, and of serving as the Spokesperson for the Ministry.

He has successfully overseen the second elections of the local level while being appointed as the Chief District Officer (CDO) of Jajarkot district in 2054 B.S. (1997/98 A.D.) He has also worked in the Ministry of Labour, Employment and Social Security, National Planning Commission and Ministry of General Administration. After becoming a special class officer in the civil service, he has served as the Regional Administrator in the Western Development Region, and as the Secretary in the Ministry of Culture, Tourism and Civil Aviation, the Ministry of Communication and Information Technology, and the Office of The Prime Minister and Council of Ministers.

He is well established and noted dynamic leader of courage, conviction and in depth understanding with innovative vision. His first work was published in 2059 B.S on “Challenges and Opportunities: Decentralisation and Local Self Governance in Nepal.” He has written editorials for various scientific journals and magazines as well as for newspapers, bulletin on federalization, planning, development, citizen empowerment. He holds special interest in reading, writing, culture, arts and music. He has also contributed to various musical compositions, both popular and for awareness-raising. He is especially recognized as an expert on federal affairs, decentralization and local governance.He is married with two children. His wife is engaged in the banking sector, his elder son in medicine and his younger son in engineering.